FYI…I originally wrote this for a magazine, well actually an e-zine that has published me before, but I am not sure if they actually published this piece, and quite frankly, I like it.  Plus, sigh, I write for free anyway.  So here it is:

A little over three years ago, I began to notice food was not my friend. It was a difficult concept and one I ignored for a long time in hopes that my instincts were wrong. Sadly, they were not. I started to have stomach pains, headaches, irritable bowel symptoms and more. Never in my life had I bloated from eating bread…until now. I was beginning to see a pattern so I scheduled an appointment with a gastroenterologist. The only thing he could really say was my stomach appeared to be having problems digesting food…and that I was NOT celiac. Okay, but that didn’t answer my questions at all. He put me on an acid blocker and sent me on my way. Why would someone who had been able to eat bread her whole life suddenly develop gluten intolerance? He could not help me. Not a clue. The idea came to me that perhaps I had developed gluten intolerance since I had also recently learned of my Hashimoto’s Thyroiditis diagnosis.   When you have an autoimmune disease, your immune system attacks healthy cells in your body by mistake. So for whatever reason, I knew that food was setting this off. I just couldn’t explain it.

I learned that the best way to figure out what was triggering my reactions was to start an elimination diet. First up, and one of the hardest things ever, was to eliminate gluten. To do that, I had to educate myself on what that meant. From the Celiac Disease Foundation: Gluten is a general name for the proteins found in wheat (durum, emmer, spelt, farina, farro, KAMUT® khorasan wheat and einkorn), rye, barley and triticale. Gluten helps foods maintain their shape, acting as a glue that holds food together. Gluten can be found in many types of foods, even ones that would not be expected (see Sources of Gluten).

I recently read that Celiac disease currently afflicts about 1% of the population, but the prevalence is increasing. 80% of people with celiac disease are unaware of it. So if you were to try to go gluten-free because you are experiencing some symptoms, it might actually help you. Because I am classified as having gluten-sensitivity, the side effects are actually very serious. And in this same article, it states that there is no clear definition of gluten sensitivity, or a good way to diagnose it, the only true way of knowing is by eliminating gluten temporarily from your diet, then reintroducing it to see if you have symptoms.

Several disorders have been proven to show improvement when gluten was cut from their diet. When I was diagnosed with Hashimoto’s, the doctor did not even try to help me. No diet changes, no mention of it being autoimmune, nothing. He was talking into his tape recorder and sent me on my way. RIGHT then he should have said “I want you to eliminate gluten for 30 days, and let me know how you are feeling.” But the thing is, 30 days is NOT enough. Over and over again in these support groups on autoimmune diseases, people say things like “Whew, that 30 days was hard, but now I am going to eat gluten again.” Stop!!! No!!   Wheat is completely different from what our ancestors ate back in the day, and adding it back in will just re-contaminate that tiny amount of work you did to start feeling better. After 6 months of being gluten-free, if I slipped up once, just once, I felt very sick the next day. I was in more pain, my stomach would bloat and I was back to running to the bathroom. My eyes, which had cleared up, would go back to red and itchy. From that same wonderful source of information I was reading about gluten, I found out that Modern wheat was introduced around the year 1960. It was developed via cross-breeding and crude genetic manipulation, which changed the nutrient and protein composition of the plant. This is a very interesting read:Modern Wheat is a Health Nightmare

It also HIDES in everything. Everything. I had to make my own salad dressing, muffins, cookies, chips, basically, if it came prepackaged and had even one word that was something I couldn’t pronounce, I stopped buying it. But it wasn’t enough to help me. Something was still wrong. I had long suspected there were other allergies. So back to the drawing board with my allergy doctor, who also said not one thing about autoimmune disease and allergic reactions. Not. A. Thing.   You can read more about that here: https://theburnedhand.com/2013/04/16/teaching-tuesday/

Absolutely every food I had ever loved was attacking me. It was unbelievable…but one thing struck me as odd. SUGAR. Who is allergic to sugar and what could that mean??? That led me down my path of research into people who have drastically cut sugar out of their lives and the benefits of what it does for your body. Whether or not you have autoimmune diseases, this is something that everyone needed to hear about.

Ok, so my GI track appeared to be a mess. It was getting mixed signals from everything and messing up my entire body. I was getting closer to my answer of pain, headaches, bloating, IBS issues, weight gain, stomach pains, etc. I had intestinal permeability, inflammation, and my good bacteria were completely off kilter, so I learned I had to remove all things causing this inflammation.

Now that I know sugar in is everything, I cringe when my children read labels that say “High Fructose Corn Syrup”. However, I know I am doing something right, because we read labels now. I feel like I have made a huge move to keep them safe from those words on all the cans that could mean anything. Did you know From 2001 to 2004, Americans consumed lots of sugar: an average of 22 teaspoons a day, the equivalent of 355 calories, according to this section on How much sugar does the average American eat? I know not all the readers are American, but this particular report was AHA’s 2009 scientific statement on added sugars and cardiovascular health. Unfortunately, too many Americans are drinking sodas and other sugar-sweetened drinks. I have never been a soda drinker really, but since I live in the south, we drink copious amounts of sweet, sugary tea. I would be so tired during my day of teaching wee ones that I would occasionally go grab the largest size tea they had at a fast food chain near my school. That was the old me. The me before my body started holding onto weight.

Sugar, quite frankly, was making me sick. My body already had a few “hiccups”, many of which cause inflammation, leaky gut, and joint pain. In How Inflammation Affects Every Aspect of Your Health, Dr. Marquis states “The truth of the situation is that FOOD MATTERS. That’s right; it’s not just a movie (which by the way you should all watch!). Hyper-permeability of the gut, regardless of whether you can feel it or not is often a significant cause of an extremely long and ever-growing list of conditions.”

I would like to urge all of my readers to consider changing their diets, even if it was just for a month. Again, I must refer back to more of my research on the ever-changing food we eat. This said everything I needed to say and more: https://theburnedhand.com/2013/05/01/killing-me-softly/   When I watched that TEDx talk from Robyn O’Brien, I again felt validated. I kept finding so many pieces of this puzzle it was eerie. I’d like to conclude with some of the scariest facts. Friends around the globe are getting diagnosed with cancer before the age of 40 or close enough to it. I have five friends who I know of actively fighting. Two who have lost the battle with the big “c” and one newly diagnosed.   Wake up friends. Wake up. This is real. Start thinking about the bottom line: nutrition does matter.

Author’s note:  The road to wellness is paved with many pitfalls.  I learned my lessons over the years and now have healed my gut, my pain and am moving again.  I completed over 200 hours of yoga and additionally was certified in yoga for arthritis.  I also received my sports nutrition certification and created a plan off my years of research into the body and healing people using my Head, Heart, Health method.  Read more about it here. 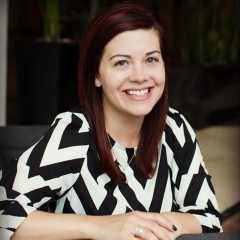 6 thoughts on “My break up with sugar and gluten…”